Harley’s pedigree is among the best for sport and breeding. His sire line contains three international jumping stallions in a row: Heartbreaker, Carthago and Caletto I.

Harley’s offspring impress on international level. Harley’s Hero VT won the Grand Prix Wiener Neustadt, Harley David won the Grand Prix of New York, Arlando ended up 4th in the Grand Prix of CSI Twente and won the Nations Cup in Drammen. Camelot became 5th in the Grand Prix of Roosendaal, Cupido 7th in the Grand Prix of Drammen and Hidalgo 6th and 9th in the Grand Prix of Verona.
And we didn’t even mention Earley! The star in Lanaken who became both World Champion in 2014 as a 5-year old and in 2015 as a 6-year old. In addition, Davidson VDL was crowned Dutch champion of the 7-year olds ridden by James Billington and became 4th at the World Championships in Lanaken later on.
Some other successful international descendants of Harley are: Aapje, Baptista, Benedette, Bonjovina Vera, Casper, Carisma, Carst VDL, Cenzo, Cerano, C. Hollinwood, Dolonie H, El Dorado Hartago, Evert, Harmony, Harley, Hiraklion etc.
Harley’s offspring are very popular at the auctions too: VDL Dorusino was sold for $195.000 at the WEF Sport Horse Auction 2015, Famous was sold for $ 115.000 in the Dutch Sport Horse Sales 2014, Jurançon was sold for € 29.000 as a foal at Foal Auction Borculo, the now successful star of Laura Kraut Constable II was sold for € 165.000 at the Dutch Sport Horse Sales 2012 and Cupido was sold in that same auction for € 200.000.

Harley is awarded ‘Keur’ by the KWPN and ‘Prestatie-Fok’ by the NRPS thanks to the outstanding performances of his offspring in the international sport. Harley has several approved sons, like Arlando, Everto, Healey Z and Harmony. During the ‘Goldener Herbst Korung’ in Zweibrücken a son of Harley was approved. His daughter Hakilly D Z earned 85 points for free jumping and became vice champion of the Central Mare Show of Friesland. 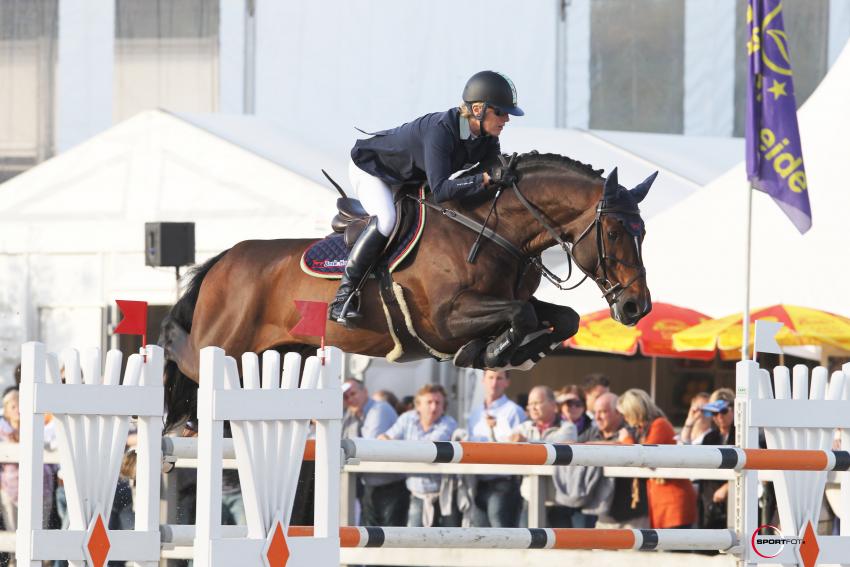