Grand Slam is the all-time top scorer of the KWPN Stallion Test and has a pedigree to dream of with only foundation stallions as sires. Sire Cardento won silver medals at the WEG, the European Championship and the Olympic Games and is ranked 13th in the WBFSH ranking for Show Jumping Sires. At the most recent World Equestrian Games no less than six offspring of Cardento participated. Grandsire Heartbreaker is also one of world’s best sires and KWPN Horse of the Year, and as the third sire in Grand Slam’s pedigree we see the legendary Mr. Blue who jumped at Grand Prix level himself and produced top horses like Simon and Zirocco Blue. Number four and five in the pedigree are ‘Stallion of the Century’ Nimmerdor and top thorough¬bred Erdball xx. They provide the basis for top horses and producers like Apollo, Just Malone, Goldenbridge, Heartbreaker, Ahorn etc.\r\n\r\nDam Wonder A.S. brought the approved stallion Dallas VDL. Great-granddam, Bonnette, is ‘Preferent and Prestatie’ and foaled the Grand Prix jumper Annette plus Climax and Zilmax - 1.45m and 1.35m jumpers respectively. Bonnette is the full sister to the international jumper Drummer.\r\n

Grand Slam is a complete stallion with an amazing mentality. He stands out with his technique, reflexes and scope. Grand Slam achieved the all-time top score of 90 points in the KWPN Stallion Test and became convincingly the Champion. For technique and reflexes he earned a 9.5; for scope, rideability, attitude and talent as a jumper he received 9’s; for canter and balance he received an 8.

Grand Slam’s first foals have made an excellent impression with much presence and expression, solid conformation and outstanding movements. They canter with great balance, power and stride. Daughter Kiverna was crowned Champion of the Central Foal Show of Zeeland. Khan was 3rd in Groningen and Kalimba finished 4th in the final of the Dutch Championships for jumping foals. 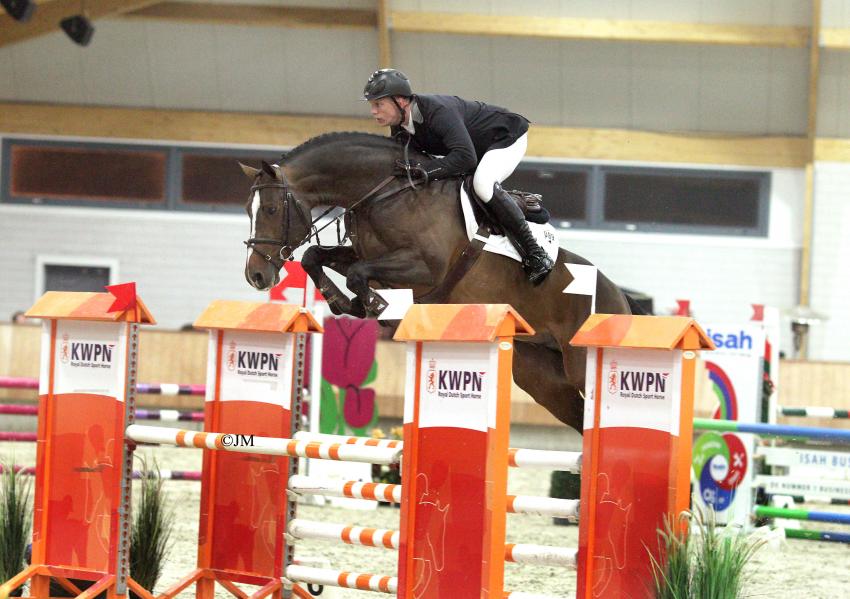