Carrera is a striking and interestingly bred horse from a combination of two Olympic stallions. Sire, Cardento won three Silver medals under Peter Eriksson at the Olympics, the World Championship and the European Championship; and in breeding Cardento is a producer of international jumping offspring – of note are Nice Stephanie, Glory Days, and Cyklon. Grand sire Baloubet du Rouet was Olympic Champion with Rodrigo Pessoa, a three time winner of World Cup Finals and also claimed the winner’s sash in several GP’s and World Cup Qualifiers. He is famous also as the sire of VDL Bubalu, Palloubet and Chaman among others. Continuing in the line is Nurzeus, a stallion that sired many good jumpers such as Midnight Madness, Zippo, Ennio etc.
Carrera’s dam is an international 1.45m jumper, and is a half-sister to the famous International jumper stallion Tinka’s Boy, winner of many GP’s and World Cup Qualifiers plus the final with Markus Fuchs. Tinka’s Boy has sired many top jumpers like Tinka’s Serenade who jumped at the Olympics in London and was winner of the final of the Rolex Top 10 in Paris.  Carrera exhibits quality by jumping with much scope, carefulness and a very positive attitude. With James Billington, Carrera had his first International experience placing 7th in the 6/7-year old class at CSI Twente and there was a 3rd place at a 1.30m class at Indoor Veendam. Last year in the Friesian Championship 1.30m level he placed 3rd , this year he was 4th in the Championship at 1.35m level. Carrera is currently competing in the 1.40m class.  His first offspring seem to be modern jumper types - having size, length, blood and three good gaits. Our expectations for the progeny of this stallion are high.
Carrera meets the KWPN requirements for Radiographs and Roaring. 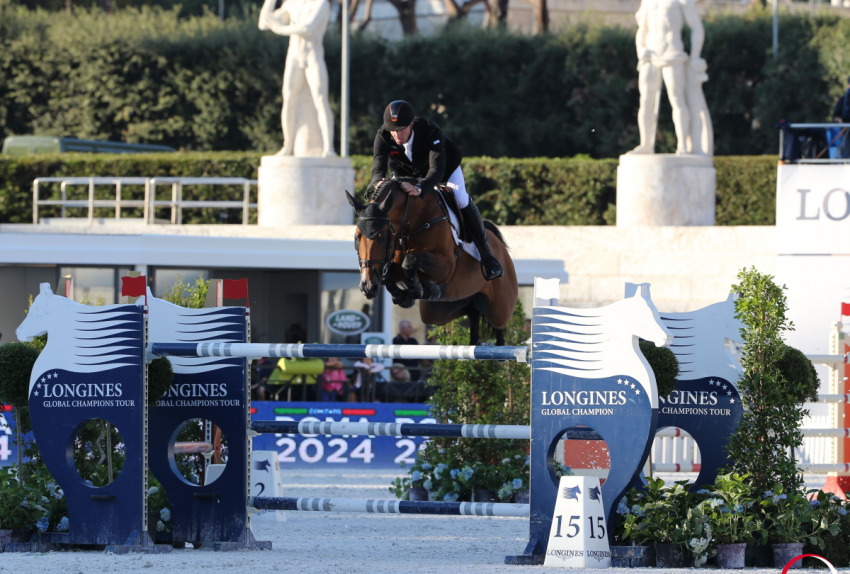 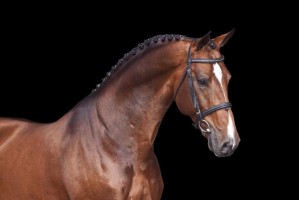