Baltic’s sire was the Grand Prix jumper, Quaprice, who unfortunately died just as he was making his mark on breeding. The ‘Keur’ stallion Jus de Pomme (double Gold winner at the Atlanta Olympics) is sire to many Grand Prix jumpers. The line then continues with the proven sires Wellington, Orthos, Joost and Rigoletto.
Baltic’s dam is the ‘Ster and Prestatie’ mare Nellandra. She is the dam of the approved stallion Vegas VDL and the talented G&C Don Vito, who jumps at international 1.45m level. In addition, Nellandra is a full sister to the Grand Prix jumper Mellandra. Baltic carries 55.66% thoroughbred.
As a 3-year old Baltic became Champion of the KWPN stalliontest.
Ridden by James Billington, Baltic has had some wonderful performances in the international arena over these few years.
As a 7-year old Baltic ended up 6th in the Dutch championships, the VION Cup, became 2nd in the 1.35m final of NIC Assen, 3rd in de KWPN Stallion Competition, 4th in the 1.35m of CSI Asten and 5th in the 1.30m final of CSI2* Zuidbroek.
Last year he became 5th in the 1.40m final of CSI Salland and 7th at CSI2* Asten. In the Grand Prix of IICH Groningen Baltic delivered a clear round and at both Outdoor Gelderland and Jumping de Driehoek, Baltic jumped clear rounds after clear rounds.
The new year recorded these Baltic results - he jumped clear in the Grand Prix at Zuidbroek and placed 5th in the 1.45m in Drachten. In the VHO Trophy, Baltic VDL was clear in the 1.40m class to take 3rd.
Baltic’s offspring are following in the footsteps of their sire. Fort Medoc VDL ended up 4th in the Dutch Championships ISAH Cup for 4-year olds and was approved by Zangersheide. Baltic’s son Goodluck VDL was designated Champion of the AES Stallion Show in 2013 and won the 4-yr old championship at the Cavan International Horse Show. In addition, Dollard’s Golden Girl won the 4-yr old class in Tolbert, while in the final of the prestigious VSN Trophy in 2014, Gonzalez ended up 5th and Granate 7th.
Daughters of Baltic impress and show their bloodline consistency at mare shows and loose jumping competitions. Helita C wore the Champion’s ribbon at the Central Mare Show of Noord-Holland. At the Central Mare Show of Groningen, Hipyrusa H and Hyrusa finished 3rd and 4th. Afterwards Hipyrusa H scored 82.5 points for her IBOP-test. Gyrusa H was 6th in the final of the National Mare Show in 2014 and scored 82.5 points for her IBOP-test. Gidonia VDP took Champion of the Central Mare Show of Zuid-Holland and scored no less than 88 points for her IBOP-test.
In 2013 two of his daughters placed high at the Dutch Mare Championship: Faviana, 3rd and Fancy Roos VDL, 4th. Fancy Roos VDL passed her IBOP with 88 points.
Baltic has several approved sons, of which Graziano VDL and Hampton VDL were approved by the KWPN. At the Stallion Show in Zweibrücken in 2013, a son of Baltic was approved, became premium and was honored as best jumper of their stallion approvals. 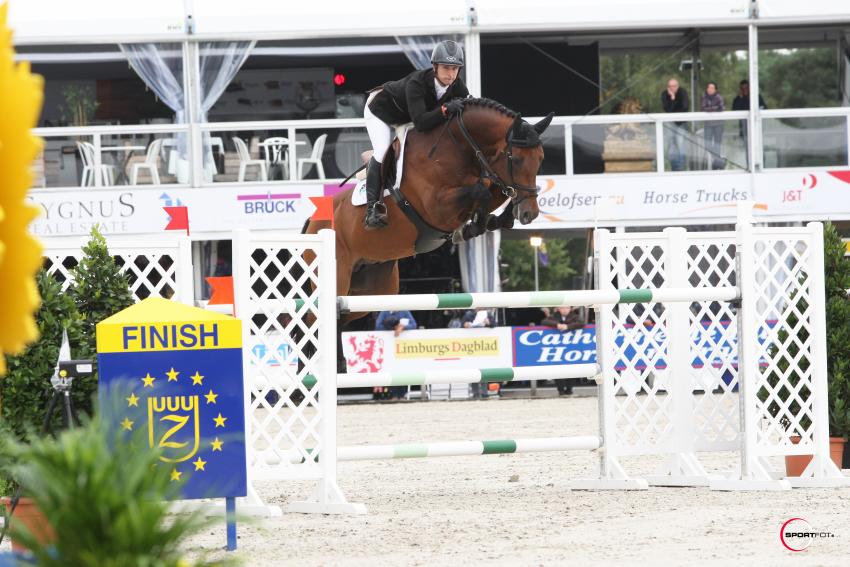