ARMITAGE
son of the very powerful ARGENTINUS, was successful until the CSI 5* with Marcus EHNING. He then finished his career under the saddle of the very young Guido KLATTE Jr. with whom he was placed twice in the Sires of the World in Lanaken. His production is noticed on the international circuit:
- ARMIK, performer in GP 5* with B. COURNANE
- CLASSIC, CSI 5*
- APPEARANCE 2, CSI 5*
- PARIS, CSI 5*, European Young Riders Championships
- ASKABAN, CSI 4*
- UNGARO DE KREISKER, ICC 152, notably 2nd of the CCIO 4* of Pratoni del Vivaro

KAMORA
is a daughter of FEO, sire of several international winners such as ITS ME DU SARTAY under the saddle of L. BEERBAUM. She has also produced :
- KATHY PEARL, dam of ARCO, CSI 2* in Poland

He retired from sport in 2019, at the age of 17, and has since dedicated himself to breeding.

His first offspring are 8 years old this year and seem to inherit his qualities as a show horse including his strength and respect. Several of her sons are approved.
- ELINA DU LYS, ISO 137, regular at 6 years old then classified in GP 1,30m
- ERMITAGE'S BOY, ISO 135, finalist in Fontainebleau at 5 and 6 years old, approved stallion
- EDEN ROCK A, ISO 135, finalist in Fontainebleau at 6 years old then classified in 1.35m classes
- FAHRENHEIT COUTIL, ISO 133, placed in classic classes at 6 years old and CSI YH
- FUNKY BOY DES SAULES, ISO 130, 11 perfect courses out of 12 at 5 years old, double clear round at CIR de St-Lô

ARMITAGES BOY is a very modern stallion, combining chic and power. Of a compact model, with good points of strength and a real engine at the back, he has always demonstrated his qualities as a sport horse on the track: blood, balance, speed, striking, excellent back passage... without forgetting his legendary hock stroke! He transmits his sense of the bar, his respect and his strength, to mares that we prefer with a well connected or even rigid back. As for the size, he seems to let the ladies take care of it. 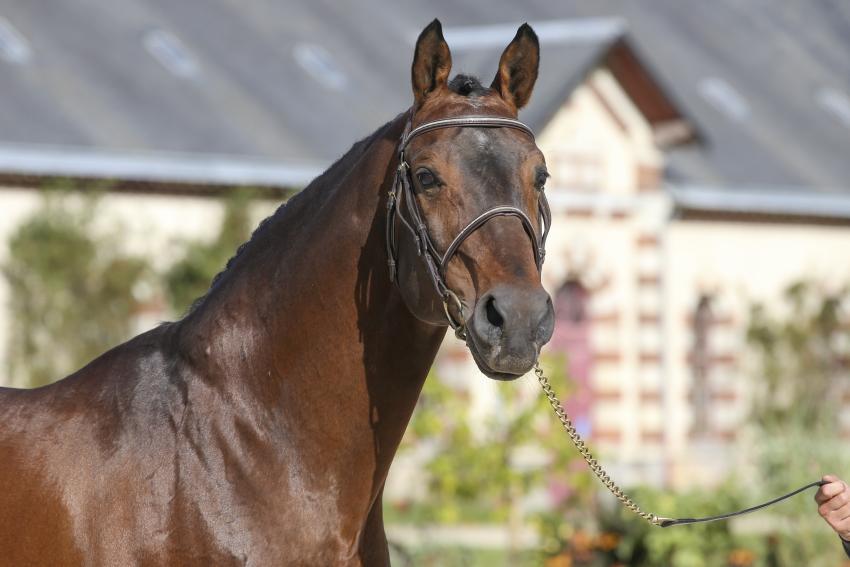 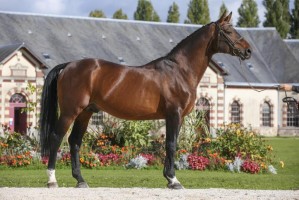